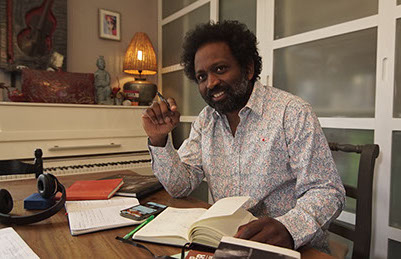 The co-author and director

S. Jean-Noël Pierre was born and raised in Mauritius, before moving to France at the age of 18 to study. He has a PhD in Information and Communication Sciences, with an option in cinema.

Besides his passions for music, singing, theatre and dance, especially within the group Nissa (more than 200 concerts in France) and the rock opera troupe Amnésia, he naturally turned to documentaries to deepen his knowledge and flourish. He is now a documentary and sports live broadcast director.

This film on Chagos is in a way a return to his roots.

In Mauritius, S. Jean Noël Pierre was very early sensitized to the cause of these people, thanks to his father, who often mentioned this tragic story with him. It was in secondary

school that the young man first heard the famous slogan "Rann nou Diego" ("Give us back Diego"). Listening to committed artists and discovering the demonstrations of the Chagossians allowed him to become familiar with these historically relegated people. After the loss of his father, the tragedy of this archipelago intimately linked to his island imposed itself on his mind as well as on his heart, pushing him to take out his pen and cameras once again. 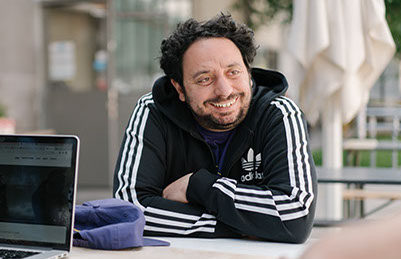 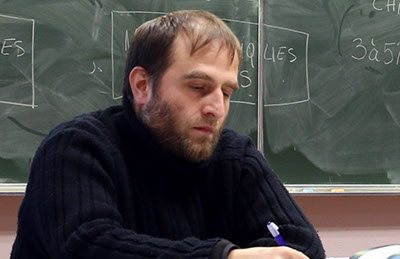 Sébastien Bonetti was born in Lorraine, in a Belgian-Italian family of workers and miners. After studying geology and obtaining a degree in Information and Communication Sciences, he began his career as a journalist in the regional daily press (Le Républicain Lorrain). In the same time, in 2008, he starts his intensive collaboration with independent national media such as Fakir ( see Merci patron), Offensive, Z, Bastamag, Reporterre, CQFD and A-Rivista, for which he makes national and international reports. He also writes and participates in the writing of various collective works on immigration or ecology. A photographer in his spare time (he has held several exhibitions in Paris and Lorraine), he discovered the world of audiovisuals when he directed the documentary A Bure pour l'éternité, which was broadcasted in more than 70 cinemas and cultural centres in France. He also collaborates with his photographs in programs on Canal + and Arte. It was his friend S. Jean-Noël Pierre, with whom he had already worked on A Bure pour l'éternité, who made him aware of the little known history of Chagos. Fascinated by the writings of the American thinker Noam Chomsky for many years, he was drawn into this adventure, whose main goal will be to publicise one of the great dramas of the 20th century. 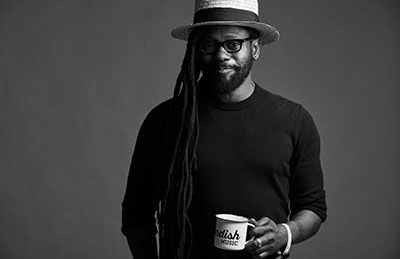 Adolf El Assal was born in Alexandria, Egypt, in 1981. He grew up in Dubai, London and Luxembourg. After graduating with an MA in cinema from Kingston University in the UK, he began working on music videos and short TV films. At the same time, he worked as a producer on Divizionz (2008). This film, created at the Berlin Film Festival, has been selected at over 100 festivals. He continued to direct a few short films including La Fameuse Route (2011) and Mano de Dios (2011). He directed his first feature film, Les fameux gars in 2014. Sawah (2019) is his latest feature film.

With 16 years of experience in cinema and documentary, Neigeme has produced award-winning films with directors from Africa, Europe, America and the Caribbean. In 2012 he became a member of the Berlinale Alumni and after 8 years of freelancing in the industry in various production roles, he started his production company Unit4B Productions in London. As Film Curator for the Caribbean Film Corner, Europe's leading showcase of Caribbean cinema, Neigeme collaborated with Memorial ACTe curating content for the exhibition "Echos Imprévus" from 16 November to 17 April 2016, in Guadeloupe and "Out of Many, One - Carnival Festivals of the Caribbean", in October 2017 for the Royal Victoria and Albert Museum in London. In November 2017, he joined the team of Wady Films in Luxembourg as a producer / partner. Since then he has set up and run the film-making program for " Secret Cinema " in the UK. He currently spends his time in the UK, Luxembourg, Africa and the Caribbean.He had the privilege of representing the Film Fund Luxembourg in Ouagadougou, Burkina Faso, at the Ouaga Film Lab 2019 where he also supervised the African producers who were part of his Ouaga Producer's.