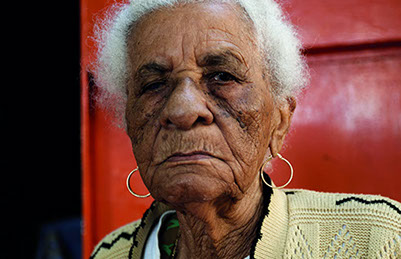 Rita Bancoult tells the story of her lost paradise, her island of Peros Banhos, in the north of the archipelago. She is also determined not to let herself be pushed around. This strength of rebellion is something she has passed on to her children. Olivier is president of the Chagos Refugee Group; Mimose sings about exile in his Chagossian segas and continues the culinary tradition; Ivo, lost in his London suburb, struggles to give his children a better life. They are all fighting against the oblivion of the Chagossians' history, all fighting for their rights. On Monday 25th February 2019, the International Court of Justice in The Hague will deliver its opinion concerning the tragedy that occurred fifty years ago.

Rita Bancoult is the matriarch. She left the Chagos Archipelago in 1968 to have her sick daughter treated in Mauritius. When she wants to take the boat home, she is told that there will be no return; her island has been sold. Since that day, she has only one dream: to be able to return to her home, to the land of her ancestors, in order to spend the rest of her life there.

Olivier Bancoult, his son is now the leader of the Chagos Refugee Group. He is involved in all the struggles. He experienced the heartbreaking sadness of his mother Rita as a child, and still remembers his promise : to do everything possible to bring his people back to their land, so that she could find peace.

Mymose Bancoult-Furcy, her only daughter, lives a few steps away from her mother Rita. Every day she cooks dishes for her that remind her of her archipelago. But what her mother passed on to her above all is rhythm and song, the Chagos sega.

Ivo Bancoult is the youngest of the family. Since he is the only one born in Mauritius, he is looking for an identity. To help his children study, he moved to Crawley, a suburb of London, and works hard. As soon as he can, he returns to Mauritius to be with his mother. To be a little closer to Chagos, which he has never seen with his own eyes.

Our camera goes to the heart of the Bancoult family, a symbol of the Chagossian struggle, to try to understand what really happened in the 1960s and 1970s. It is also about understanding the geostrategic stakes of the so-called "Free World" powers and their dramatic consequences.

Will Mymose sing in her native land?

Will Olivier be able to give the Chagos back to his people?